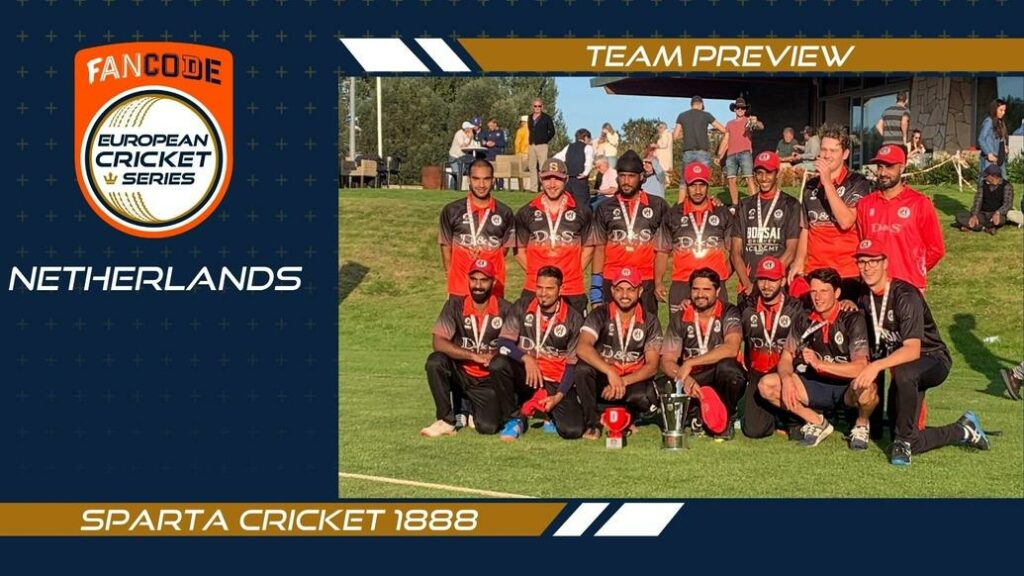 FanCode ECS Netherlands Capelle provides an opportunity for five teams contesting 24 games over five days to establish the Champions. Every game will be live streamed worldwide on the European Cricket Network and on FanCode – a multi-sport aggregator platform, from the house of Dream Sports for the Indian Sub-Continent.

Hosts Sparta Cricket 1888 (SPC) enjoyed a phenomenal run at European Cricket Series Capelle 2020 topping the league stages with a 5-1 record. SPC went on to win the tournament on home soil beating Excelsior 20 in the Final.

Ali Raza, the stylish right hander racked up 113 runs in four matches including an unbeaten 52 off 29 balls in the Final against Excelsior 20.

Usman Saleem, the experienced medium pacer bagged the best bowling figures last term scalping 4-8. He was the only bowler in the whole tournament to claim a four wicket haul.

Garnett Tarr, right handed opening batsman, mustered 54 off 16 in the opening game to bag the man of the match award in his maiden ECS match. He is quick behind the wickets too!