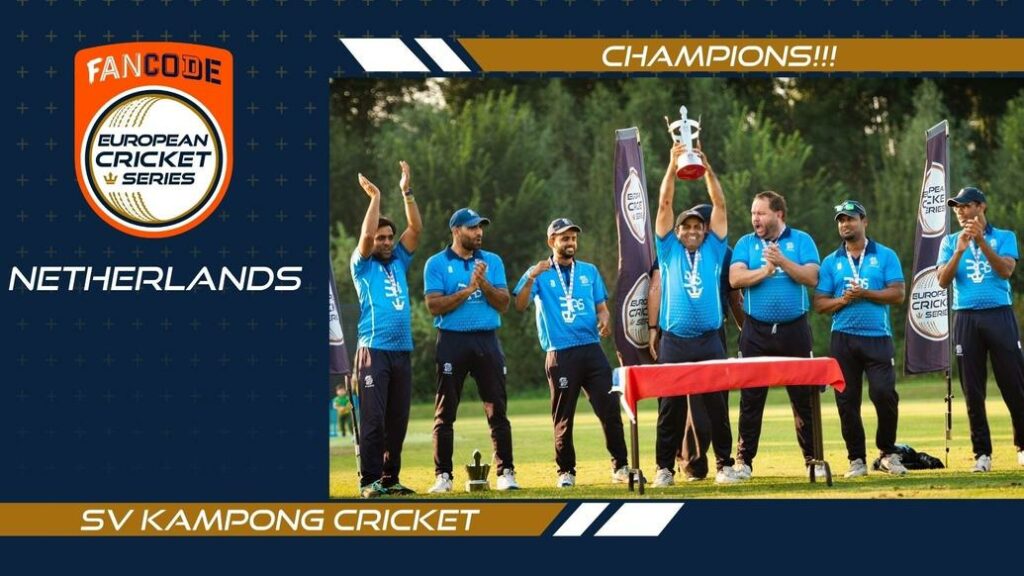 SV Kampong Cricket went from featuring in the Eliminator to overcoming Veni Vedi Vici, undefeated in nine successive matches until the Final, by nine wickets in the Final.

Previously unbeaten VVV posted 101/7 batting first in the Final, but KAM proved more than up to the task in reply. Powered by an unbeaten 66 off just 23 balls from Belgium international Shaheryar Butt, KAM cruised to the target with nine wickets and 19 balls to spare. Skipper Usman Malik, the highest run-scorer in the season, remained unbeaten on 22 at the other end.

Earlier on Finals day, KAM overcame Qui Vive by 51 runs in the Eliminator and then went on to beat Sparta Cricket 1888 in the second qualifier by 21 runs. VVV went straight to the Final after beating SPC in the first qualifier.

Connect with the ECN on our Official Channels